Do we live transactional Christianity?

We live transactional live. We ascribe value to all sorts of things. May be not always directly but indirectly or through innuendo. The other day I stopped off at the Spar to buy Mandy her favorite pie, Lemon Meringue. The box had the R35 price stamped on the top, which I thought would be tacky on a gift, so I asked the lady behind the counter for a marker to black out the price. It didn't work—you could still see the price through the ink. "I know what to do,” the women said. “I’ll cover it up.” And, with that, she slapped a sticker over the price that read “R10 - Day Old.” Just with a label, now that same pie has a different value in our minds.

We live transaction lives, don’t we? Everything has a cost, a give and take. When something is free, we get suspicious.

If you come go to a training event and there is no cost, the automatic assumption is that it won’t be as good, and the content will not be as equipping compared to the paid for event.

If someone gives you a book to read, will you read it? If you pay for a book, you will read it? We believe for something to have value we must pay for it. To secure something we must pay for it? When I have paid for it, I own it. It belongs to me and I can do anything I want to with it.

If I buy a car and I owe the bank money on it, it is under warranty and service plan. I am obligated to pay for the car. To look after it. To send it for its regular services, because if I don’t the warranty will expire. I don’t have the ownership papers. The bank does. If I don’t don’t do what I am supposed to and pay the bank can take it away. If I chose to sell the car while I still owe the bank, I need to negotiate a settlement and they get paid before I do. And if I owe more than the selling price in a settlement, I cannot sell the car. If, however, I have paid for the car in full, I get the ownership papers and it now fully belongs to me. It is mine, it belongs to me, I have paid the price in full. No one can come and take the car away from me.

Now keep that in mind as you read these verses:

We have this incredible assurance from Jesus Himself! And it is not transactional. We can do nothing to earn it, it is a free gift! We have so much value and He paid the price for us! IN FULL! He bought our lives with His life and we belong to Him. He has given us eternal life! We will never perish; no one can snatch us out of His hand!

There is absolutely nothing—no matter how dark and depressing, no matter how severe—that can separate the you from the love of Christ. Circumstances are not evidence that God does not love you. God loves you no matter what the circumstances may be. Remember, we don't live transactional Christianity because In Him we will never perish; no one can snatch us out of His hand.

I leave you with Paul's words, consider them - “Yet even in the midst of all these things, we triumph over them all, for God has made us to be more than conquerors, and his demonstrated love is our glorious victory over everything! So now I live with the confidence that there is nothing in the universe with the power to separate us from God’s love. I’m convinced that his love will triumph over death, life’s troubles, fallen angels, or dark rulers in the heavens. There is nothing in our present or future circumstances that can weaken his love. There is no power above us or beneath us—no power that could ever be found in the universe that can distance us from God’s passionate love, which is lavished upon us through our Lord Jesus, the Anointed One!”

What's up with that?

I am going to start this off  by asking two questions?

1 – “Did you have the perfect week?”  In other words, you never had one difficulty?  Your week was like floating through a eutopia? And I am not talking about the Bok’s win and Ireland’s loss to Japan ?

2 – “Did you encounter difficulties this week?” 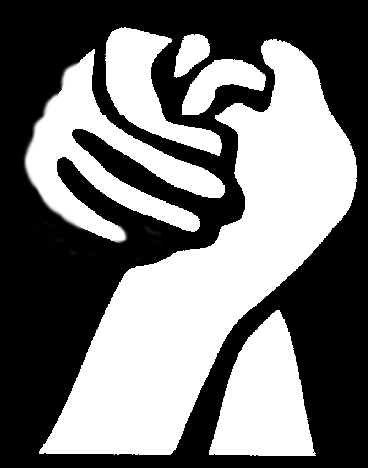 What’s up with that?  We are all Christians.  Why is life not perfect?  After all Jesus promises us abundant life. Remember his words in the book of John, “A thief has only one thing in mind—he wants to steal, slaughter, and destroy. But I have come to give you everything in abundance, more than you expect—life in its fullness until you overflow!” John 10:10 The Passion Translation (TPT)

The thief has only one thing in mind—he wants to steal, slaughter, and destroy. The evil one seeks to destroy.  And when we are playing in this game of life there is another team on the field opposing us. But in John 19:30 we read – When he (Jesus) had sipped the sour wine, He said, “It is finished, my bride!” Then he bowed his head and surrendered his spirit to God. (TPT)  I love that paraphrase, “It is finished, my bride”, Jesus is saying this to us His church, “It is finished, my church”  He is saying it to you and to me.  It is finished and the evil one has been defeated but he rages on seeking to steal, slaughter, and destroy.  And until Jesus returns, he will continue to.

Think of it this way.

The Springboks are playing in the World Cup.  They played Namibia.  The fate of Namibia was inevitable.  There is no way they were going to defeat the Boks. They knew it and we knew it. In fact their goal in the World Cup is to beat Canada, so they rested their best players.  But the Boks still had to play the game to advance and there was a risk of some injuries while the game was being played. The Boks outpowered, out maneuvered and outplayed Namibia and in the end won the game.  However, there was still the possibility of injuries.

Life for us as Christians is very much the same. The game is won! Jesus Himself said “It is finished” The victory is assured. We have power and authority in Jesus.

However,  Until that final whistle blows, and we pass through to be with Jesus, or He returns, whichever comes first;  There could be injuries, there could be bumps and bruises, there could be weariness.  There could even be death.  These are the times we are.  This is the place we live in.  We are playing the game of life, and while we know the outcome will be victory, we are still in the game.  And the reality is that there is a very real team playing against us…

This is the THE TENSION OF THE KINGDOM.

The evil one is the thief who has only one thing in mind—he wants to steal, slaughter, and destroy. But Jesus has come to give you everything in abundance, more than you expect—life in its fullness until you overflow.  Jesus is not like the thief and doesn’t come for selfish reasons. He comes to give, not to get. He comes that people may have life in Him that is meaningful, purposeful, joyful, and eternal.

When we live our lives in the game of life, remember there is another team on the field playing against us. One who only one thing in mind—he wants to steal, slaughter, and destroy. But we have Jesus who came that we may everything in abundance, more than you expect—life in its fullness until you overflow.

Friend, look to Jesus and live your life to the full! Fix your eyes on Jesus…  Paul challenges us this way, “Set your minds on things above, not on earthly things. For you died, and your life is now hidden with Christ in God” (Colossians 3:2-3).  If you do that you will get through.

Andrew Christie (Senior Pastor)
Email: This email address is being protected from spambots. You need JavaScript enabled to view it.
Phone: 066 327 1945

Rob McDonald (Pastor)
Email: This email address is being protected from spambots. You need JavaScript enabled to view it.
Phone: 072 413 6285

Steph McDonald (PA)
Email: This email address is being protected from spambots. You need JavaScript enabled to view it.
Phone: 066 327 1945